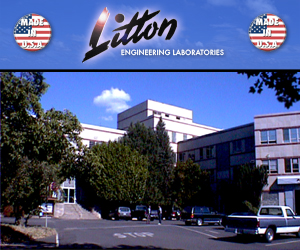 There are thousands of Litton Lathes in use throughout the world and many others which feature some element of the Litton design.  An innovator within the industry, Litton has introduced the articulating jet mix burner, the planetary glass chuck, the horizontal stem press mechanism, precision alignment design for heavy overhanging loads, foot control valves to regulate flame size and spindle pressure, and the drag bar for spin and mold forming.  Recently Litton has introduced automated equipment such as the tooling bar, the pressure control system, the burner control system and the multi-tasking motor control system. Litton is a clear leader in technical innovation in glassblowing and glass process control. 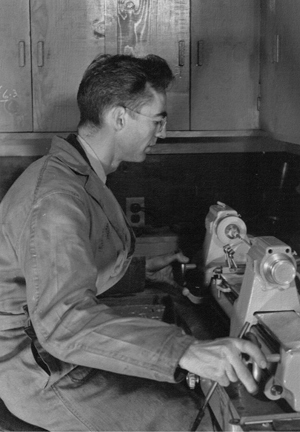 Long before the name “Silicon Valley” conjured up images of an emerging center of technology, the area was home to Charles V. Litton, Sr.  It was here that his pioneering spirit began to flourish, paving the way for what was to become a gathering place for entrepreneurs and innovators.  In 1924, he designed and built the first practical glass blowing lathe- revolutionizing the vacuum tube industry forever.

The following year, Litton graduated Phi Beta kappa and Sigma Xi with a degree in electrical and mechanical engineering from Stanford University.  In 1932; he founded Litton Engineering Laboratories, which provided the vehicle that enabled him to continue his research, development, and manufacture of equipment for the vacuum tube industry.  His list of accomplishments include 66 patents held on various high-tech innovations, and reads like a history book of American technological achievements.

During World War II, Litton participated in the design and production of microwave tubes used in communications and radar equipment.  He was awarded the Presidential Certificate of Merit for work he performed on behalf of the National Defense Resource Committee.

After the war, Litton Industries was founded for the purpose of manufacturing both vacuum tubes and the machinery used to make them.  The company grew rapidly, soon rivaling established electronics firms in the east.  In 1953, Charles Litton sold Litton Industries which retained the vacuum tube portion of the company and soon grew to be a multi-national conglomerate.  The following year, he moved the machinery manufacturing division into a large, modern facility in the Sierra foothills.  This new home in Grass Valley, California would grow to become a center of excellence – carrying on the traditional established more than 20 years earlier.

Over time, Litton passed the torch to his sons, Charles, Jr. and Larry.  Embracing their father’s commitment to anticipating and fulfilling the needs of the glassworking industry, they have positioned the company to move successfully into the 21st century.